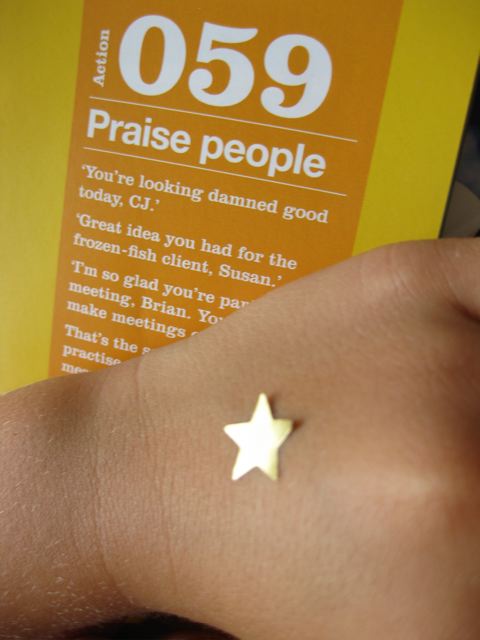 Here’s another five-minute action inspired by the wise folks at We Are What We Do and my short film Change the World in Five Minutes Every Day at School.

I work from home so I went out into the kitchen and praised my family for one thing each. I think they thought I was slightly creepy. Not that I never praise them. I just don’t usually do it with a slightly creepy look in my eye as though I got the idea from a book… which I did.

But when I gave them all a gold star the creepiness was forgotten in favour of pride.

Not sure I officially ‘changed the world’ today but I’m gonna keep working on the praise thing this week. Maybe it’ll be less weird via email.