‘One important thing about characters is that they’re not the same as people. People are in life: characters are in fiction.’

‘When writing a novel a writer should create living people; people not characters. A character is a caricature.’

Character building is one of the slipperiest and most mysterious aspects of the writer’s work. Advice on the subject from writers is often contradictory, highlighting the fact that it is a very personal process. Some writers cannot begin until the characters are fully formed. Others start with a situation and let the characters evolve. Some let the characters take on a life of their own, while others tightly control them in the service of story and plot. Here, I will attempt to de-mystify some aspects of characterisation by sharing my own character-building tools as an author of children’s and young adult novels.

Beginnings
When beginning a new story I find it difficult to know a character because they have not yet faced challenges or made choices. My characters, to begin with, are wafer-thin and they only become three-dimensional in the rough and tumble of the drafting process as I provoke and test them. Stephen King, in his book On Writing, spurns the notion of character breakdowns or notes. He says, ‘I want to put a group of characters in some sort of predicament and then watch them try to work themselves free.’ In a 1983 Playboy interview he said, ‘Story must be paramount. . . . All other considerations are secondary – theme, mood, even characterisation and language.’ For King, the drafting process reveals the character while young adult novelist John Marsden, in his book Everything I know About Writing, says that he must hear the characters before the drafting begins: ‘For me, the single most important thing is to get the voice of the characters. Once I’ve got that I can usually start writing the book… I might have only the vaguest idea of the plot… but if I can hear their voice, I’m ready to hit the word-processor.’

Your Life and Other Stuff You Made Up
What are characters made of? Are they found objects, gently extracted using delicate tools? Or are they built and developed, consciously, from the ground up? How do we let characters evolve truthfully without forcing them to be inauthentic in the service of plot?

On reflection, my characters appear to be a fusion of four elements – myself, the people I know, my imagination and a reaction to the events of the story. All of my characters are ‘me’ in some way. Even the head lice in my Nit Boy books, about a child with the worst case of nits in world history, are me. I must find some aspect of myself in the character in order to create a ‘way in’. It is too easy to keep characters, antagonists in particular, at arm’s length throughout the process. I need to get inside the character’s skin in some way and empathise with them, even if I would not make the same choices. 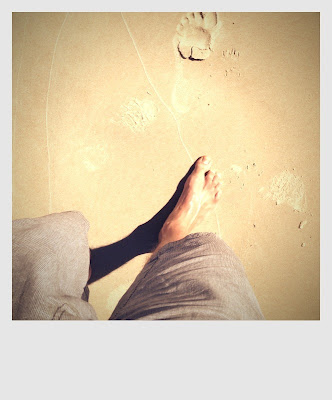 Tools of Character Creation
No matter how many drafts you write, no matter what you throw at them, some characters will not show their cards to you. They will still seem alien and one-dimensional even after four or five drafts. These characters need to be taken aside in a separate file and questioned. I tend to write character breakdowns only after a few drafts, once I have heard the characters speak and let them make some decisions on the fly as I freewrite scenes and chapters. When I eventually do interview my characters I particularly like to use Lajos Egri’s ‘Tridimensional Bone Structure’ in his book The Art of Dramatic Writing. It looks at the character from physiological, sociological and psychological perspectives and asks 8-10 questions on each. Sometimes this is the only way for me to truly find the character and to give them space to ‘speak’ without the story’s dominant characters squeezing them out of scenes and forcing them into silence.

Visual references are very important to me in the characterisation process. I scour Google Images, Flickr, Getty Images and Tumblr. I import photographs, illustrations and paintings that suggest something about the character into Scrivener, a word processing application that allows me to pin the images onto a virtual corkboard. I might scan 500 images to find a single picture that suggests the attitude or tone of a particular character. Each character ends up with a file of ten or twenty images that says something about them.

I have recently been working on characters using Story Scrapbook, a multimedia story and character brainstorming app that I have developed with Brisbane-based interactive media developer, Ben Train. It allows the user to bring together sound, image, video and text on a ‘scrapbook’ page to build character and story. Choosing the elements is a visceral and engaging process and the character evolves in an instinctive way as I sift through material. Ben and I are currently co-writing a book and the app evolved as a visual, interactive way for us to work together. (The app is now free to download from my website.) 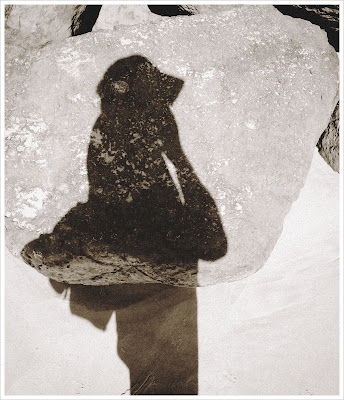 I come from a background as an actor and I find improvisation an interesting way to discover character. The writer can either improvise scenes with others or workshop with a small group of actors while taking notes. I recently worked with a group of eight teenagers, giving them scenarios from my book My Life and Other Stuff I Made Up. They improvised scenes, wrote short scripts based on the improvisations, developed their characters and found simple objectives, before we filmed the scenes. All in four hours. Observing others’ interpretation of a character is an enlightening experience for the writer, bringing the characters alive in exciting ways.

Drawing is also a powerful development tool (whether you ‘can’ draw or not!). I shadowed Australian screenwriter and director Matt Saville (Cloudstreet, Noise, The Slap) on a TV production and watched him draw intricate storyboards of every scene. He did not do this in order to refer to the drawings on set but to buy himself time to think about the characters and story, to spend time with them while sketching. I have seen stop-motion animators and puppeteers work in similar ways, spending hours sitting with the characters, physically working with them and building them three-dimensionally, trying out voices and playing with them. I try to learn from creators in other mediums in order to avoid feeling that text is my only tool. Clay and the camera and the web and music and many other non-text tools can richly enhance the character creation process.

By experimenting with various tools and approaches and spending time with my characters I have created my own characterisation toolkit and you can create and expand yours, too. I will be running a hands-on workshop ‘Pleased To Meet You – Character Building’ on 12 May 2012 at QLD Writer’s Centre. We will be playing with these and many more tools.