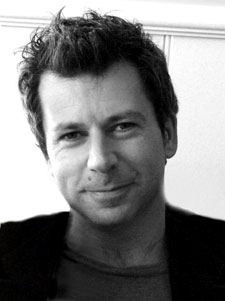 Aaron Blabey is the 2012 National Literacy Abassador. He is also an artist, illustrator and author with a background in acting. (His brand new website says that he has been a grape picker and video store dude, too). Here you can peek inside his process and workspace and gain an insight into how Wu Tang Clan, dry textas, napkins and chaos collide to create Aaron’s much-loved picture books.

Where did you write your latest book? How important to you is the space in which you write?

I used to have a truly magical writing space on an isolated property – incense, haunting view, utter silence.

And then I had kids.

I’ve had a busy year – four new books. (That said, I write picture books so that’s not as outrageous as it sounds but the process of finding the idea is still quite an art.) The first of these new stories was conceived in a café in a spiral-bound notebook intended for another purpose entirely, the next was written on my phone on the train over several bleary mornings and embellished in a cave by the sea over the Christmas break, the third appeared spontaneously in a grim franchise café in about 3 seconds after a fruitless four-day session of grinding away at another story.

In a nutshell, post-kids I write where I can.

I always PAINT in my studio but that’s because I can wear massive headphones and wipe out the world around me with a vast sonic explosion and I can do that because when I paint the LAST thing I’m thinking about is painting.

At least, it doesn’t work like that for me.

Do you transform your space in any way for each book? Do you ‘get into character’ at all?
At this point in my life, the space stays the same but my soundtrack is a constantly evolving and wildly eclectic creative influence that I cannot function without. J.S.Bach, The White Stripes, Dolly Parton, The Beastie Boys, Miles Davis, Wu Tang Clan, Bob Dylan, Ryan Adams, The Stooges, Emmy Lou Harris, Tom Waits, Public Enemy, Arvo Part, Lou Reed and on and on and on. My next book – The Dreadful Fluff – initiated a change of rhythm and energy because it’s entirely different from its predecessors. Accordingly, I switched from country and heavy rock to a steady diet of 80s & 90s Hip Hop and it worked a treat. Different sonic aesthetic, different book. It’s ALL about music for me. 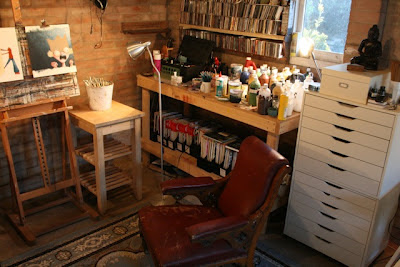 How has the place that you write evolved or changed since you first began writing and illustrating?
I never had a consistent home as a kid. I suspect that’s informed my transient work patterns. But my current studio does make me happy. I’m interested in being irreverent towards the process at the moment so I’m currently working on mediums of impermanence – an iPhone notes app, a set of ugly white boards, napkins and scrap paper. I worked for years with gorgeous, Moleskine notebooks that demand reverence but I’ve found that generally my best ideas have tended to pop up when I don’t have a pen and have to scrawl a thought on my arm with a dry texta.

I’ve come to believe in chaos.

I blame my kids.

Do you have a morning ritual? Roald Dahl was said to sharpen pencils. What settles your mind for writing?

No. I write in the most random and scattered fashion that you can imagine. And I won’t hear a word against it. 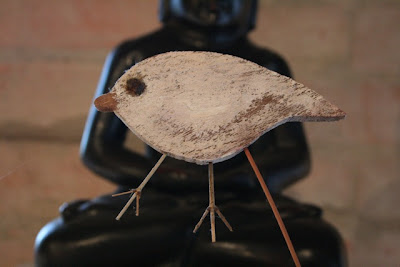 Do you keep regular writing hours? If not, when do you write?

I read music magazines, have seventeen shots of coffee, scrape paint palettes clean, do my tax, think of people who I absolutely have to email right this instant, go and buy more music magazines, skim them with an eighteenth coffee and then decide that I feel like there’s some good writing to be done somewhere else and I climb in my car, turn up the Beastie Boys and completely forget about writing for about an hour until I find myself sitting guiltily in a park somewhere with a notebook and a genuine chance of being the world’s leading procrastinator.

And then I scribble stuff.

I’ve made peace with this.

In fact, I’m being glib – I’m proud of it. Surrendering control has been hugely beneficial to me as a writer. It’s become a question of faith – I completely trust that if I remain open, something wonderful might just fall from the sky. 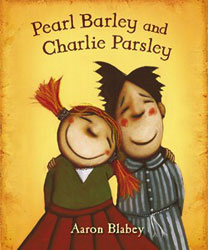