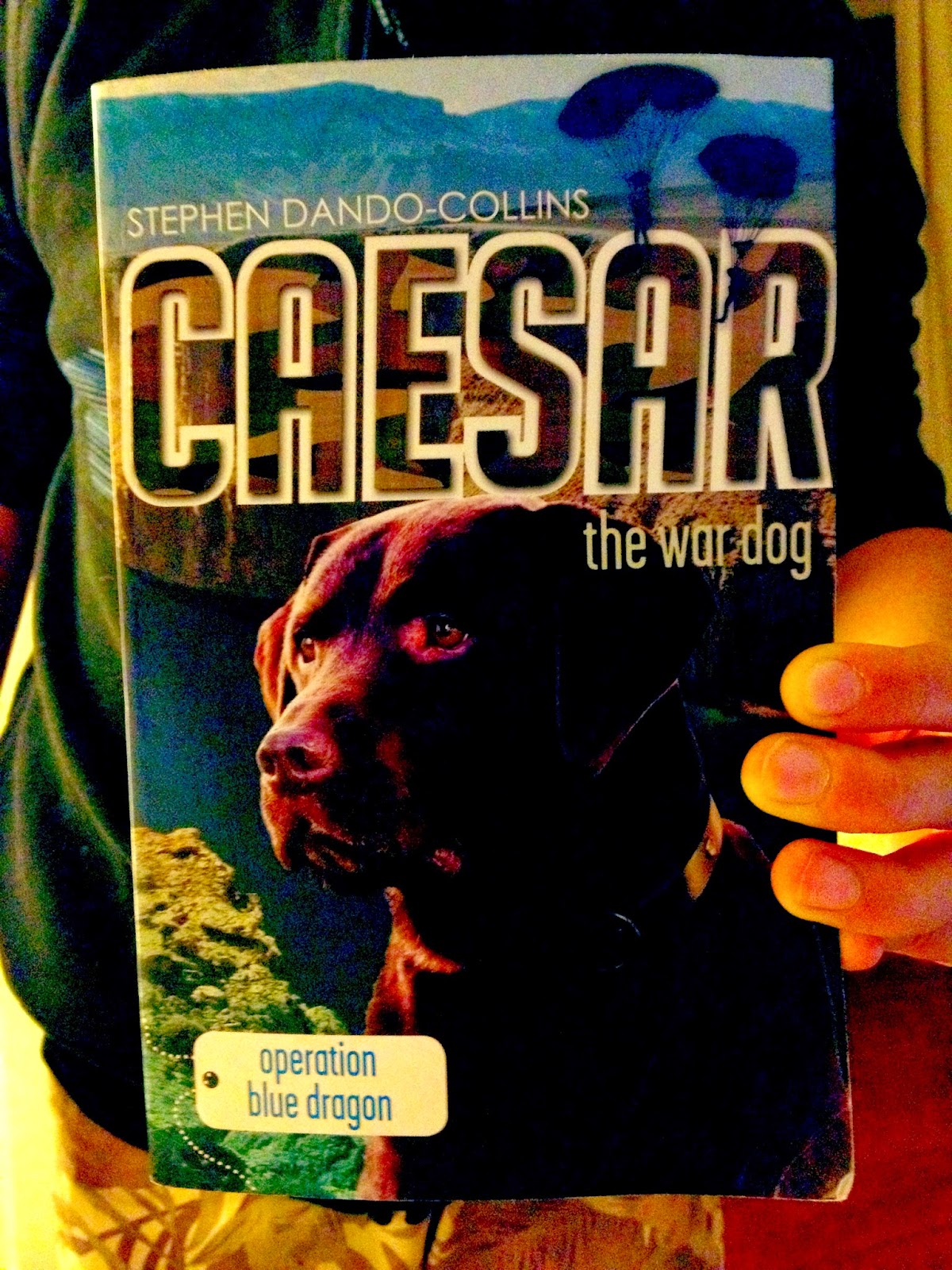 When Charlie Grover, an injured SAS operative, gets a new set of prosthetic legs he is able to re-take the SAS selection training course. Charlie no longer needs Caesar as his care dog, so Caesar can go back to doing what he does best – sniffing out explosives with Ben Fulton, his owner.

Meanwhile Josh, Ben’s son, is having trouble at school with a bully.

On their first mission back together Caesar & Ben help rescue the Secretary-General of the United Nations, whose helicopter went down in an area where there is known Taliban

activity. The Taliban force the Secretary-General to make a video asking a ransom for his release. It’s up to Ben, Caesar and a bunch of special operatives from around the world to save him.

I give it 100 out of 10. There are two other books in the series with another on the way. Enjoy.

P.S. Here’s Hux’s review of the first book in the ‘Caesar’ series.