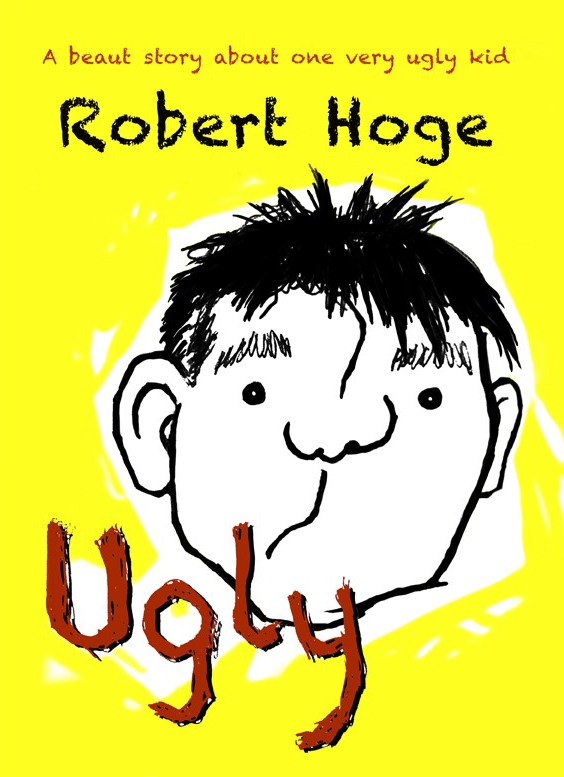 In 2013 Robert Hoge wrote a memoir about growing up and living ugly. This year he has published a young reader’s edition. When Robert was born his own mother didn’t want to take him home. After a month of being in the hospital, he was finally taken home for the first time and his whole family, including his mother, fell in love with him.

Robert was born with two deformed legs – both of which had to be amputated below the knee – and a massive tumour in the middle of his face that pushed his eyes far apart and flattened his nose. Robert received special medical attention from a wonderful team of surgeons who made medical history with the operations they performed on Robert’s face and body – allowing him to live a relatively normal life.

In this book Robert defies assumptions about disability and is an inspiration to all children – be they disabled or not. He proves both his mental and physical capabilities, just not necessarily in the traditional way. Denied the opportunity to play traditional team sports that young people are involved in he takes up lawn bowls, forms a strong friendship with his elderly teammate Frank and goes on to be very successful in this field. He makes friends, pulls pranks, grows up just like any other kid and does the best thing of all – accepts himself for who he is.

This is a wonderfully accessible memoir with a great message at its heart and is something that every child or adult should read. Robert’s inner beauty shines through in his prose and, through his admirable self-acceptance and determination to not be defined as other, he has become the disabled role model he lacked when growing up.