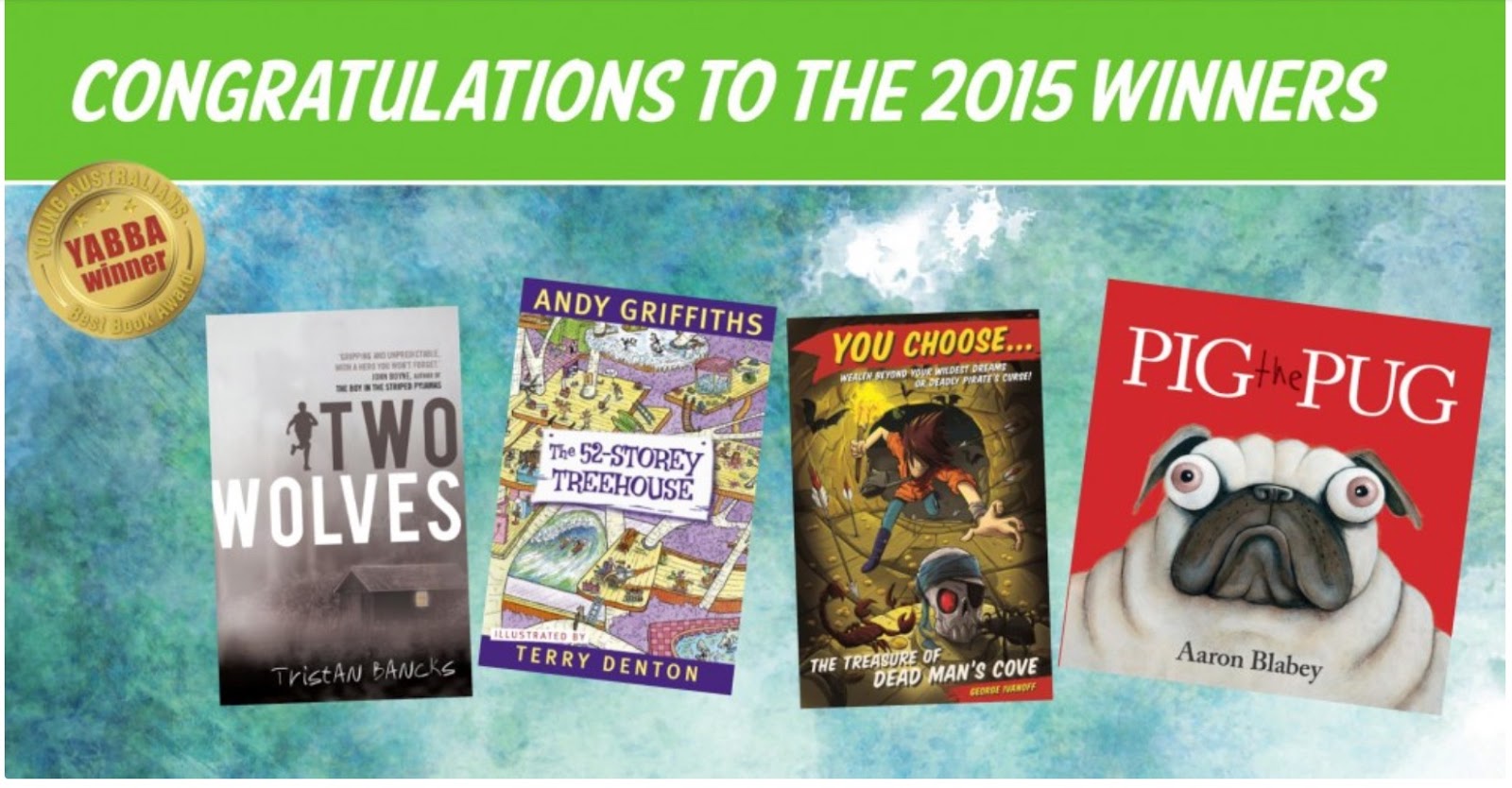 Great news from the YABBA Awards, held in Melbourne yesterday. 15,000 kids vote for their favourite books in the YABBAs and Two Wolves was lucky enough to win the year 7-9 category alongside a stellar line-up of winners in the other three age-groups: The 52-Storey Treehouse by Andy Griffiths and Terry Denton, You Choose: The Treasure of Dead Man’s Cove by George Ivanoff and Pig the Pug by Aaron Blabey.

A big thank you to the kids who voted. When you’re writing a book you never know if anyone will read it and there’s nothing better than knowing that it’s being enjoyed.

If you’re looking for your next great book or your child’s next great book, the YABBA shortlist is a good place to find it: http://yabba.org.au/2015-shortlist/

(Two Wolves is released 17 November in the US as On the Run. Here’s hoping it finds a life there!)