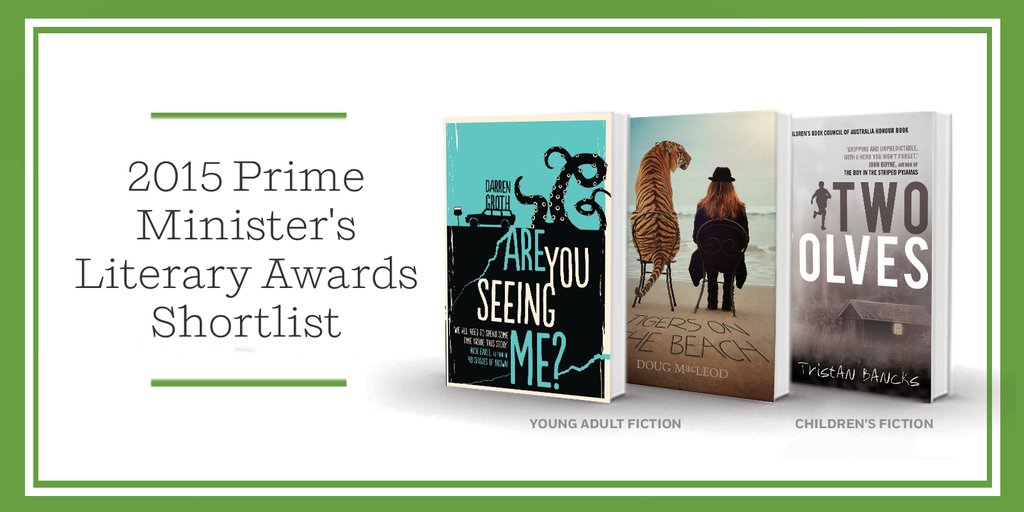 Well, what fine news! I had no idea that the Prime Minister’s Literary Awards were about to be announced and no inkling that Two Wolves would be among the nominated books. But it is. In the Children’s category alongside some very fine authors and illustrators (see image below).

It is an exceptional piece of news to cap a very good year for the book. I think of the years I spent writing it at home and in cafes and on the beach and in the car and in five-minute writing dashes during school workshops asking myself over and over again, ‘What is the story about? How is it me? Why do I understand this story so deeply?’ It was unlike anything I had ever written and I really didn’t know if it would find an audience but I felt compelled to keep writing through my fear. I was daring myself to write something more reflexive and honest and it seems to have resonated with readers. 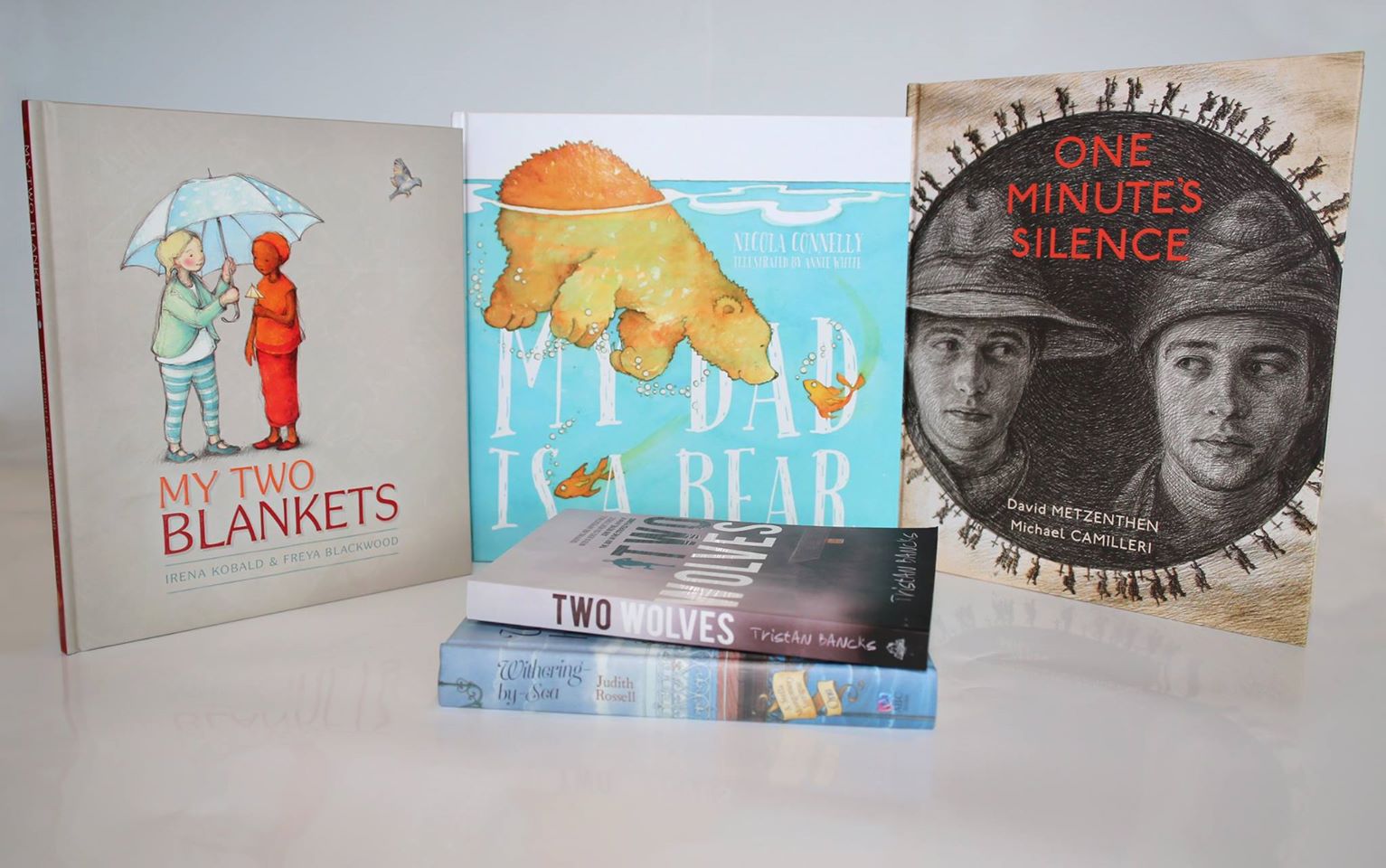 An award or nomination doesn’t make it any easier to write the next book (I’m three-and-a-half years and four drafts into writing another book working-titled The Fall) but it does give you confidence to keep digging down into your ideas, to embrace the mystery and to know that someone, somewhere might understand what you were trying to say.

[Two Wolves came out in the US last week as On the Run. It’s still set in Australia but I had to provide guidance on Caramel Koalas, Ned Kelly and thongs (Americans don’t wear them on their feet). Actually, there are no thongs in the book but I use this gag in school talks and it seems to get a laugh. I will put thongs in my next book. And emus.]

Thanks to the extraordinary editorial and marketing team at Penguin Random House, Sophie Hamley and Catherine Drayton for having faith in the book. Good on the Australian government for offering such a valuable and important literary prize to Australian writers. And good luck to all the writers nominated and, please, if you’re looking for something to read, take a look at the shortlist.