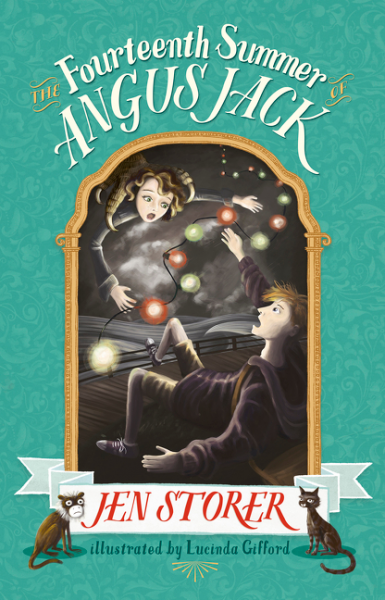 Ever since leaving England for Australia, Angus, his sister Martha and their father have moved constantly. Their latest move sees them in a dilapidated old neighbourhood next door to a peculiar old woman with a taste for sugar and a shop full of useless junk (or so Angus thinks). The summer starts off strange with weird smells in the middle of the night, snow globes that freeze you when touched and midnight serenades coming from the odd shop next door. Angus tries to tell himself it’s just loneliness and the weird neighbourhood playing tricks on his mind. But when two goblin girls rob his neighbour’s shop, Angus gets caught up in a battle of the Old Realm and the New World, of goblins and Viking magick, and it turns out he has much a bigger part to play than anyone could have ever imagined.

This book is full of vibrant characters and eerie landscapes. Interspersed with Norse Mythology and witchcraft, this is a perfect book for anyone interested in adventure, magick, Vikings and goblins.

Don’t let the slow beginning of the book put you off, it sets the tone for what is an amazing, magickal adventure!

The Fourteenth Summer of Angus Jack – Book Trailer from Jen Storer on Vimeo.