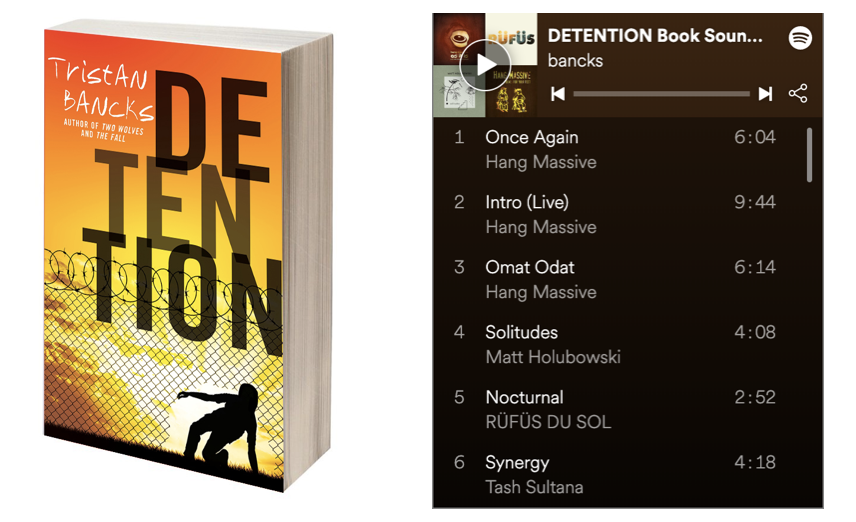 Music was crucial in creating the mood for the writing of my new novel, Detention, about an escape from an immigration detention centre, a lockdown in a school and the ensuing chase and moral questions. I create a book soundtrack for each of my books. You can explore the Two Wolves soundtrack, The Fall soundtrack and the Tom Weekly: My Life & Other Massive Mistakes soundtrack. The music impacts the way I feel as I write which, in turn, dictates the tone of the story.

I listened to a lot of Angus and Julia Stone while writing Detention. (Most of the soundtrack is their music.) I couldn’t quite work out why they felt like my story in some way. I think it was the fact that they’re a male / female duo and this story is told from the POV of a boy and a girl. Sima and Dan aren’t in love just as Angus and Julia aren’t in love (they are siblings) but that brother / sisterly affection felt just right for the friendship and trust that blooms between Dan and Sima.

I also loved the mystery of a band called Hang Massive who play an instrument called the Hang, a kind of steel drum. Their music was a great way to get down into the writing day, particularly because the songs I chose have no lyrics and nothing to distract me.

Tash Sultana, Powderfinger, Rufus Du Sol, Bon Iver, Bertie Blackman and others also make an appearance on the Detention soundtrack. You can play it above or link to it here. (Note some songs may contain explicit content.)

If you’re writing your own story, try making a book soundtrack. It allows you to disappear from your everyday life and slip down into the world of the story. Here’s a short video on how I made the soundtrack. 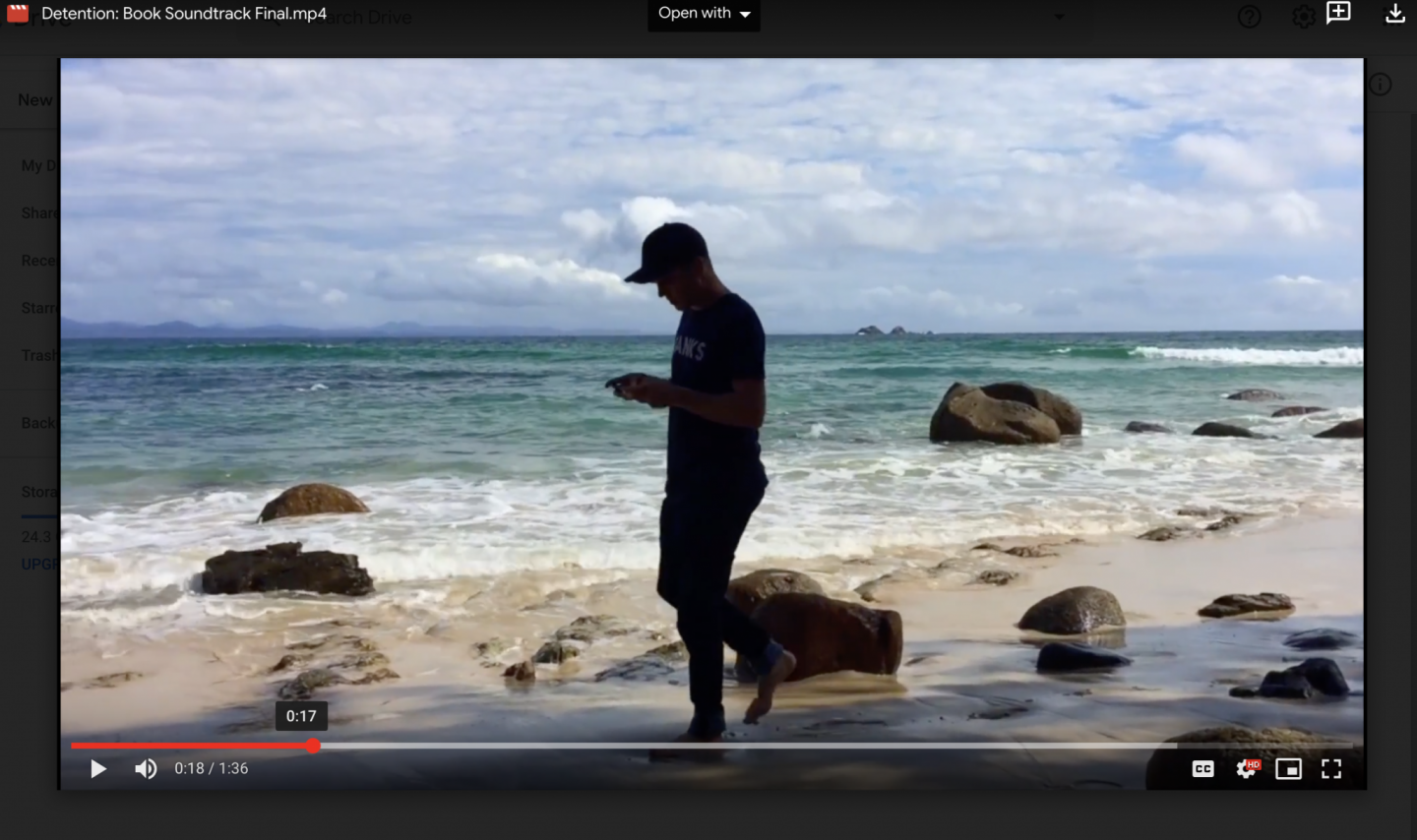 You can link to various stores to buy the book here or contact your local bookshop or supplier.

The main page for the book with other posts about Detention is here.