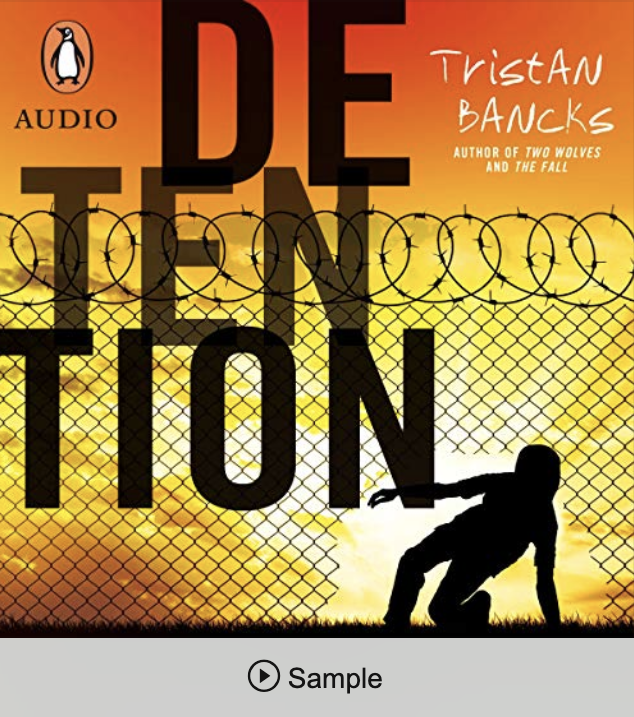 The Detention audiobook has just been released by Penguin Random House Australia and here are some free sample chapters for you. It’s available for download on Audible and Google Play and via Bolinda on CD.

I drive a lot so I’m an audiobook fan. I love all of David Walliams, as well as Jack London’s White Fang, Winger by Andrew Smith for teens, and Scot Gardner’s The Dead I Know. I love Stephen King’s On Writing and Finders Keepers, Robert McKee’s Story and Shunryu Suzuki’s Zen Mind Beginner’s Mind. A fairly eclectic bunch. Some books I actually prefer in audio form and they’re brilliant for not-so-keen kid and teen reader, either to replace the printed text or to follow along with the book.

I recorded the narration for the Detention audiobook at Sydney’s Otis Studios and it was a great chance to revisit the story after publication. As a writer, you read the manuscript dozens or hundreds of times as you’re writing it but, after it’s been published, when it is finally reading like a real book, you never read it again. It was nice to feel the rhythm of the story and to climb back inside the minds and feelings of the characters.

You can also read the opening chapters, listen to the soundtrack, watch the book trailer and learn about how the book was written here.

P.S. Here are the sample chapters for the Two Wolves audiobook.