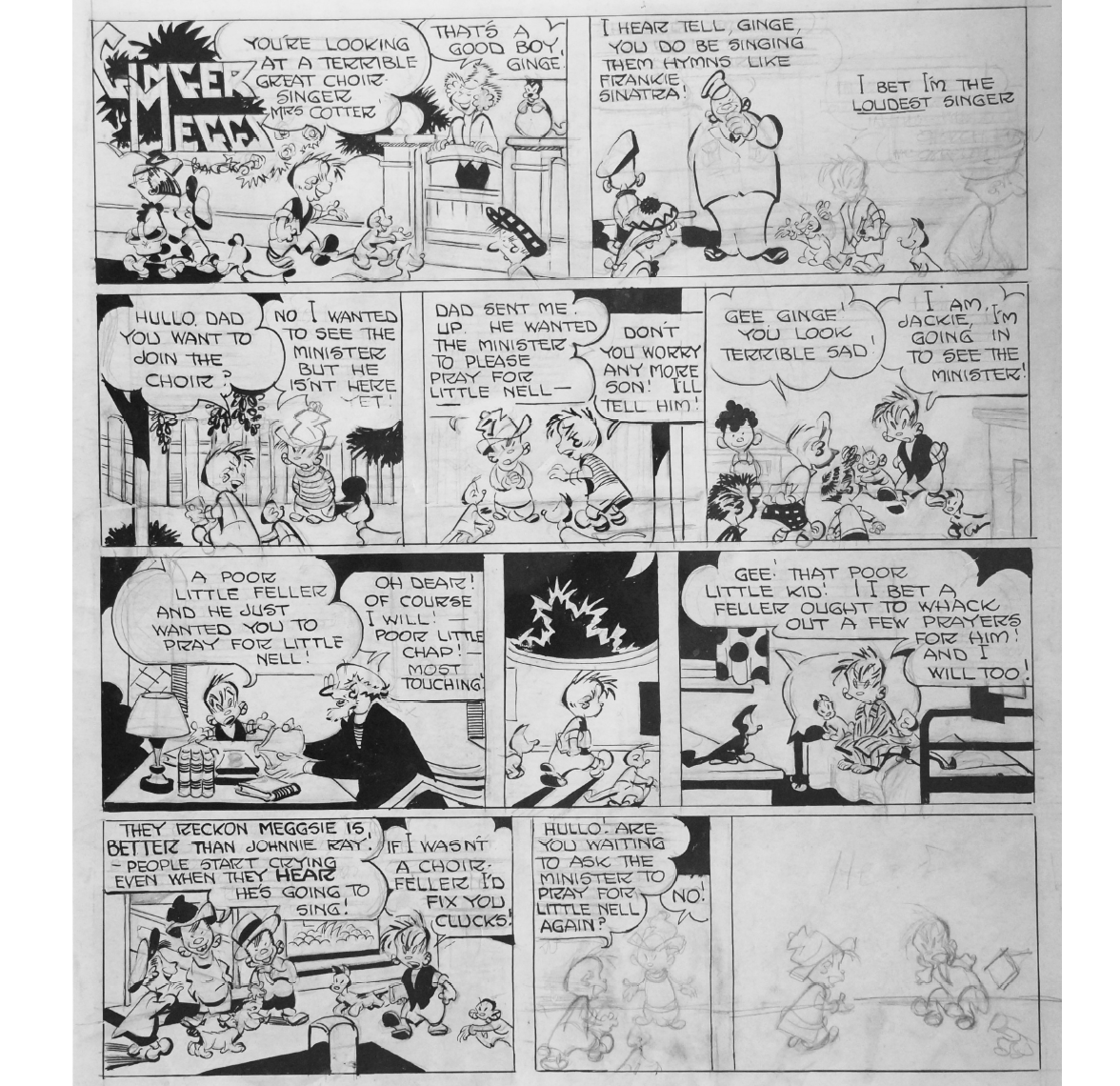 Ginger Meggs cartoonist, Jimmy Bancks, died in 1952, leaving an unfinished Meggs comic-strip on his desk. Bancks said: ‘Creators come and go but their characters live on. When I pass on I hope the character I have created in Ginger will live long beyond me.’

Now, in the lead-up to the 4 May release of my 100th anniversary book of brand new Ginger Meggs short stories with illustrator Jason Chatfield, you have a chance to become part of comic history and the Ginger Meggs legacy by coming up with. caption / speech bubble for the final frame of Bancks’s unfinished strip.

The winner gets a framed copy of their caption drawn in by Jason Chatfield, current Meggs cartoonist and a signed copy of Ginger Meggs, the book, written by me and illustrated by Jason.

Visit the Ginger Meggs competition page for more details and to enter!