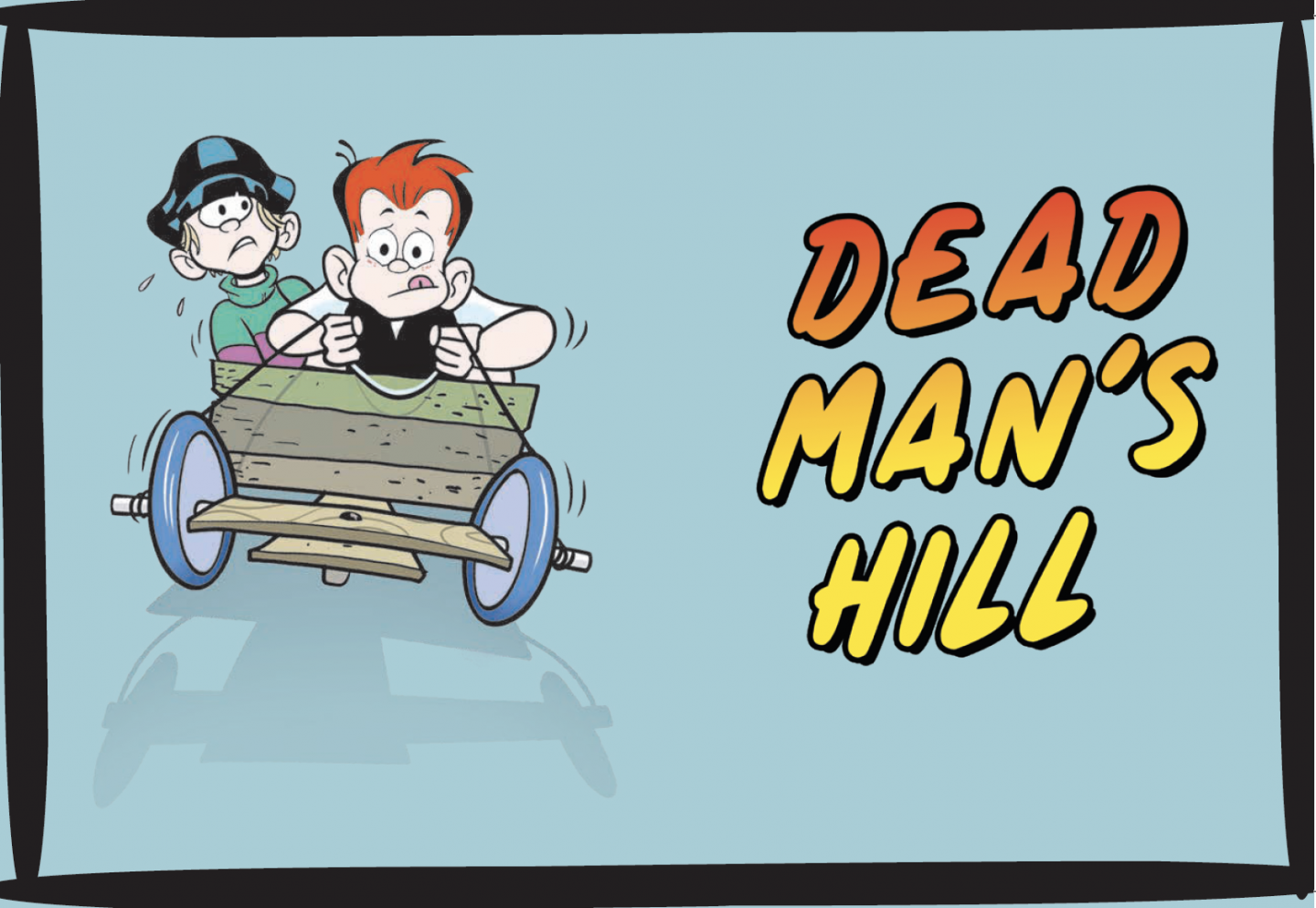 Read the first chapter of my new Ginger Meggs 100th anniversary book free! The Dead Man’s Hill billycart race is the quintessential Ginger Meggs story. It’s the hill that no one dares go down on skateboard, billycart or any other wheeled device if they value their life. Dead Man’s Hill stories have action, danger, high stakes and comedy all rolled into one.

This story was partly inspired by the animated Ginger Meggs book trailer, about to be released. The animation was made by illustrator Jason Chatfield and producer Miranda Latimer a few years ago, and when I saw it I knew that Dead Man’s Hill would make a thrilling start to the book. I hope you like it!

You can ask your local bookseller about the Ginger Meggs 100th anniversary book or order online via Penguin here.

NSW residents can get a personally signed book by PRE-ORDER through The Children’s Bookshop HERE.

For updates on the 100th anniversary book and celebrations, sign up for my monthly eNews.