Tristan Bancks is a children’s and teen author who started out as an actor and filmmaker. His books include the Tom Weekly series, Mac Slater (Australia and US) and Two Wolves (On the Run in the US), a crime-mystery novel for middle-graders. Two Wolves won Honour Book in the 2015 Children’s Book Council of Australia Book of the Year Awards and was shortlisted for the Prime Minister’s Literary Awards. It also won the YABBA and KOALA Children’s Choice Awards. Tristan’s latest book is The Fall (May 2017), a new thriller novel for ages 10+, a 2018 CBCA Notable Book and shortlisted for the 2018 Adelaide Festival Awards for Literature. His next book, Tom Weekly: My Life & Other Failed Experiments is out in July 2018. Tristan is excited by the future of storytelling and inspiring others to create. You can connect with him, learn more about his books, play games, watch videos and help him try to change the world here at www.tristanbancks.com

And how Two Wolves / On the Run was written:

Where and How I Write 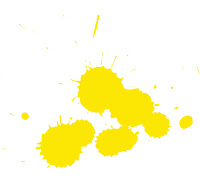 WEIRD FACT: I had my appendix removed when I was nine years-old in order to avoid detention with the school librarian. (Scab, a story in My Life and Other Stuff I Made Up is based on this.)

I am also constantly inspired by my sons, the students I meet in schools and by many of my friends and collaborators: Amber Melody, Charlton Hill, Gus Gordon, Jennie Orchard, Zoe Walton, Kimberley Bennett, Brandon VanOver, Ben Train, John Boyne, Paul MacDonald and many others.

IF I WASN’T DOING THIS… I’d be making movies, bringing stories to life in interactive ways online. My astronaut and rock star dreams have been crushed. Story is all I have.

Ten Fun Things I Did in My Shady TV Past
1. Whitewater rafting and canyoning in the shadow of Ben Nevis, Scotland, in winter.
2. Interviewing actors and filmmakers like Sandra Bullock, Joel Schumacher and Scott Hicks.
3. Training at a London fire brigade training facility.
4. Micro-lighting, bungy-jumping, hang-gliding, ultra-lighting, ballooning.
5. Hosting world record attempts for the UK’s Don’t Try This at Home.
6. Snowboarding and wind-surfing.
7. Eating kangaroo, crocodile and ants (I was supposed to be vegetarian at the time).
8. Tasting durian, the world’s most disgraceful smelling fruit.
9. Riding camels, surfboards, planes, rollercoasters and 4-wheel-drives.
10. Road-testing five alternative nit cures on kids in schools (like mayo & mouthwash).