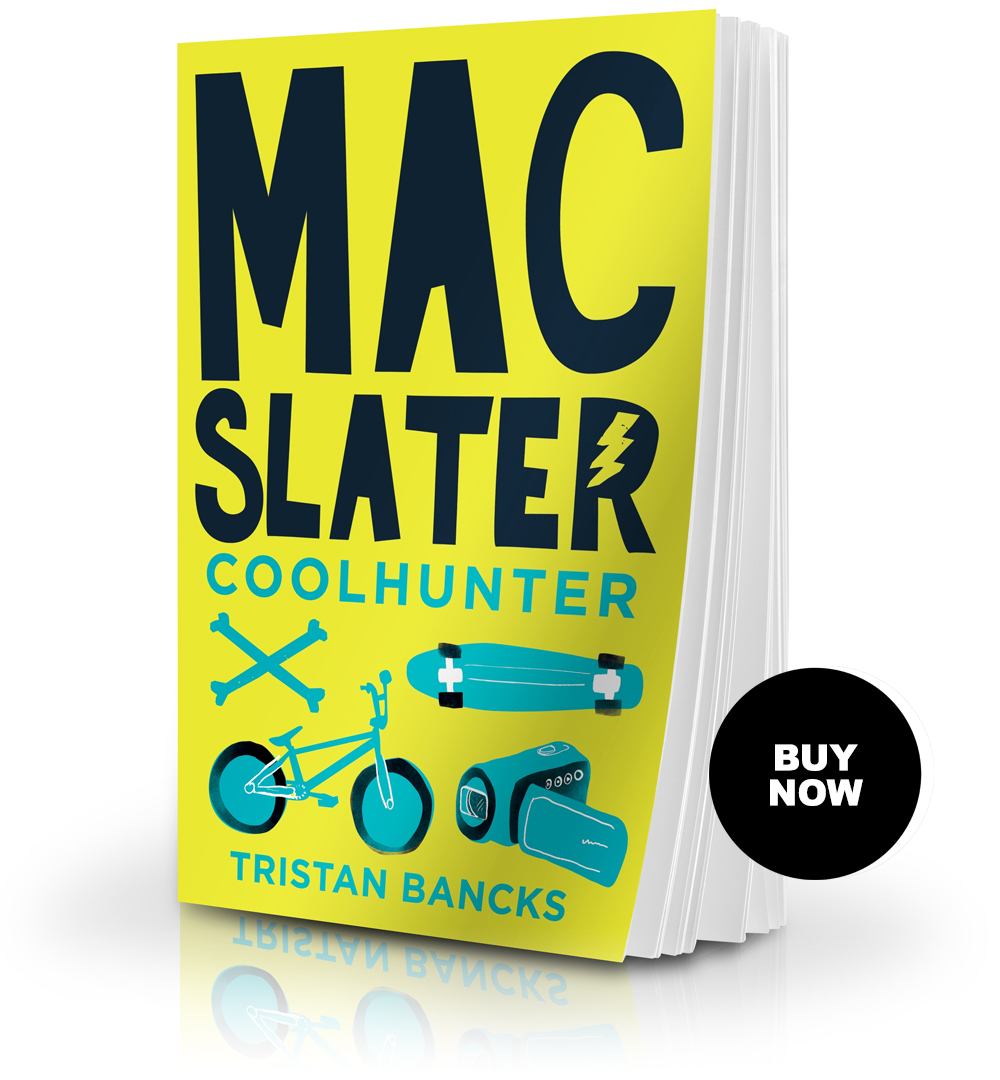 Mac Slater has just crashed the latest prototype of the flying bike he and his best friend Paul invented. Even worse, practically the whole school witnessed it. So when the creators of massive global webspace Coolhunters offer Mac the chance to compete for a job hunting cool, Mac thinks they’re crazy. I mean, Mac lives in a small town and he doesn’t have a TV, let alone a mobile. But Tony and Speed say he’s so uncool he’s cool.

If Mac wants to win, he has one week to prove he has what it takes. And it turns out that finding the next big thing isn’t easy – especially when he’s pitted against Cat DeVrees, the most popular girl in school.

Does Mac really know what cool is? Or will he crash and burn?

'A fun adventure with a couple of lovable klutzes, an annoying girl and only one winner. This book is a winner and sure to be a big hit with young people 10 and up.' 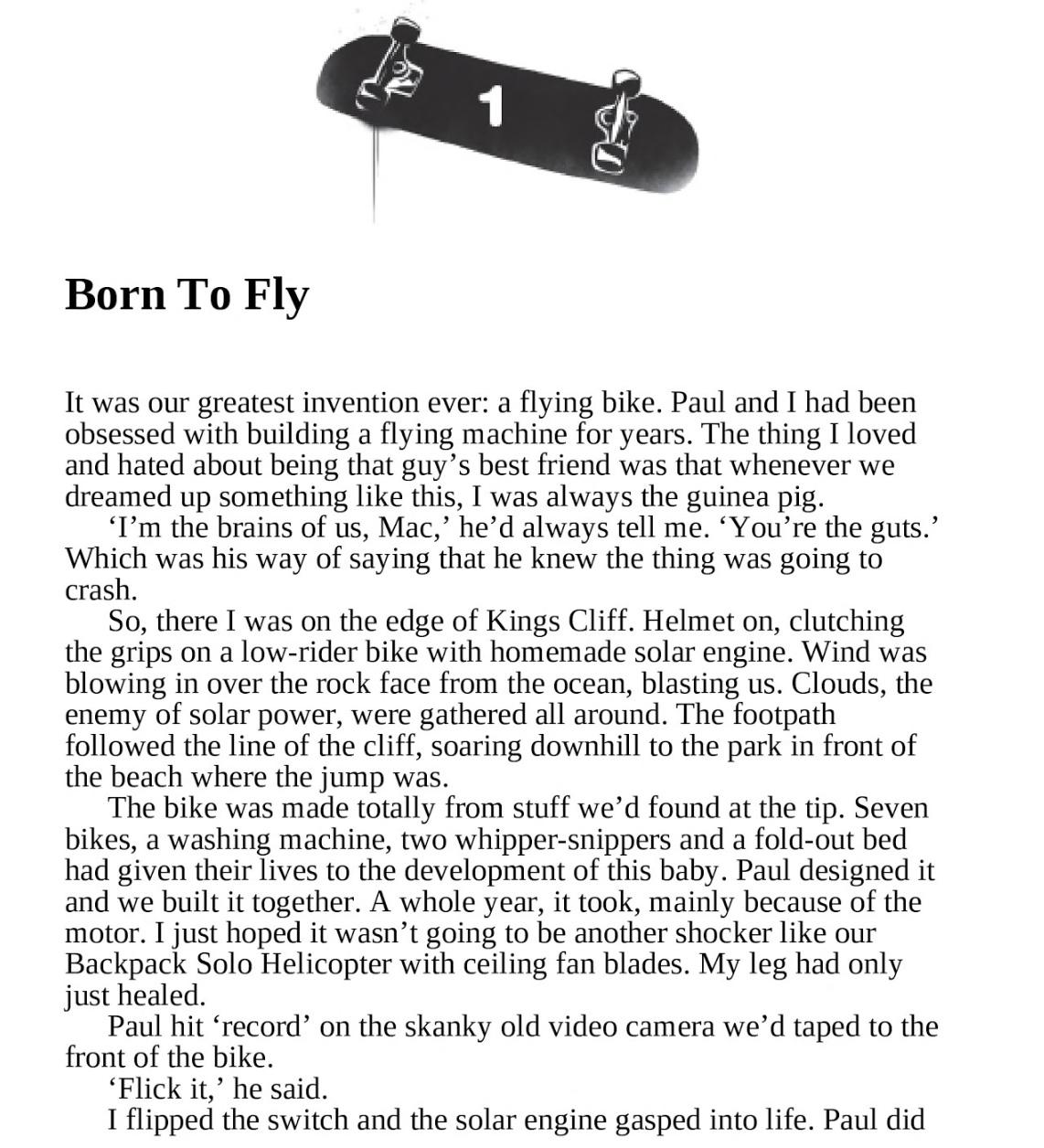 WATCH: A DOCO THAT INSPIRED THE BOOKS

Reading Tristan Bancks is like jumping on a rollercoaster – fun, exciting and a bit dangerous, too. Where were books like this when I was a kid?

- John Boyne, Author of The Boy in the Striped Pyjamas

Win a Copy of Mac Slater, Coolhunter or an 80GB ipod